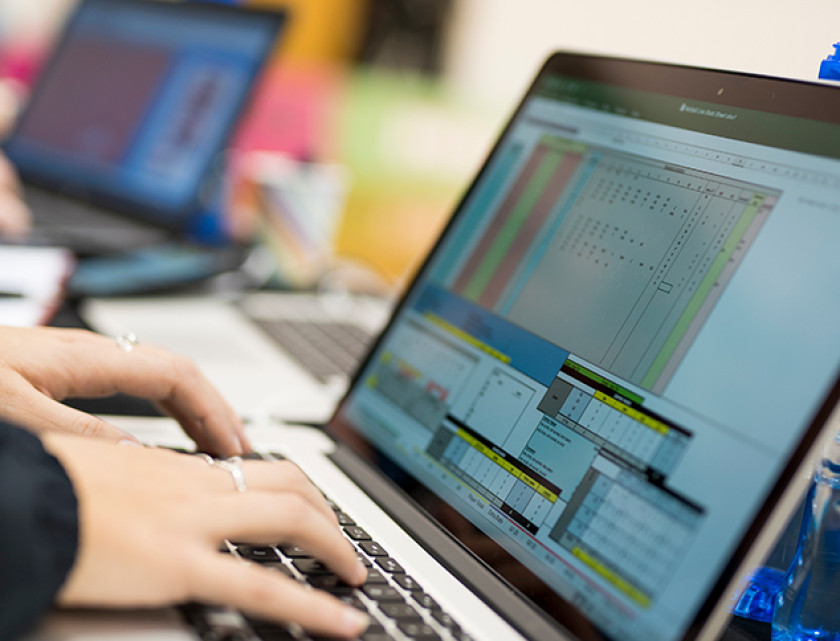 Science can be a large and complex topic. Philosophically, it is about knowledge – and some may say truth. But when and how do we know that truth is objective?

Even science that is considered settled must be open to scrutiny, says Capable NZ facilitator Dr Henk Roodt, a practising scientist for four decades.

“I say show me the data – if the methodology and data are not clear, then it’s not proper science. The data and the method must be validated.”

Dr Roodt says methodologies can be biased and even scientists can look at their data through variety of lenses.

“It’s about making sure, as best you can, that you explain what your assumptions are, describe the situation or problem you are looking to address, and your strategy for addressing it. Then you can begin,” he says. “By doing this, you help make sure your findings can be inspected for validity and can confidently be added to the body of knowledge on that particular subject.”

The Oxford English Dictionary definition of science is ‘the intellectual and practical activity encompassing the systematic study of the structure and behaviour of the physical and natural world through observation and experiment’.

However, Dr Roodt is fond of the German word for science, wissenschaft, which has a broader meaning: ‘the systematic pursuit of knowledge, learning, and scholarship’.

“Wissenschaft goes beyond what we typically see as natural science, and also includes social sciences and the scientific methods for knowing what we know,” says Dr Roodt. “It’s agreement on which pieces of knowledge are appropriate for adding to the collective basket, if you like.”

During the Enlightenment, for example, humans learnt that the Earth is round and is not at the centre of the universe – not even the centre of our solar system.

“This was a major turning point in Western knowledge because there was irrefutable data showing it to be true.”

Integrity as a scientist

On different parts of the planet at any one time, different people can come up with the same ideas. One such example is Isaac Newton and Gottfried Leibniz, who independently invented calculus at around the same time, causing considerable dispute about who made the discovery first.

Sometimes these developments are controversial because, throughout history, there are instances where scientists borrowed freely of the thinking of others without proper attribution.

Dr Roodt says it is important scientists give credit where credit is due.

“Scientists must have integrity and it is better to share and credit others’ ideas than to borrow them as if they were your own.”

“If you want to understand a clock, you can take it apart, look at all the components and see how they work – and then when you put it back together the clock will function as before.”

This theory works well for many questions, but it has its limitations.

“Most living things will not yield to reductionist theory. You can dissect living things but you can’t usually put them back together again and have them work as before,” says Dr Roodt says. “In these cases, finding out how the parts work won’t tell the whole story.”

He says this idea of breaking things down into smaller parts seems particular to Western philosophy from the 1600s onwards. Conversely, Eastern philosophy looks at the way the whole operates irrespective of the parts it is made up of – an approach generally known as Holism.

“Once we give up on dealing with parts, it’s not so easy to come up with explanations or for others to replicate experiments and get the same results,” notes Dr Roodt. “Sometimes, this can lead to some not-so-good science.”

Around 1974, physicist Richard Feynman coined the term ‘cargo cult science’ to describe a form of pseudoscience where people with no or limited scientific expertise mimic scientific methodologies in such a simplistic way that the outcomes have no credibility.

“It seems that ‘freedom’ around how we do science has led to a glut of cargo cult science,” says Dr Roodt. “As the philosopher Jacques Derrida said, ‘If things were simple, word would have gotten round.’”

He says there is a lot of this bad science circulating now, and often it may sound plausible but it does not withstand scrutiny.

“This misinformation or so-called ‘fake science’ can gain considerable traction, which is worrying to a scientist like me.”

Dr Roodt says it is now more important than ever that we follow rigorous protocols and do good science.

“There are serious issues facing us – the pandemic, poverty, energy to name just a few – and not all the science that promises simple solutions to these issues is good science.”

He believes only good science can present the appropriate answers.

“In a modern way, science allows us to have hope. New scientific knowledge has the potential to resolve things that we see as insurmountable at this point.”